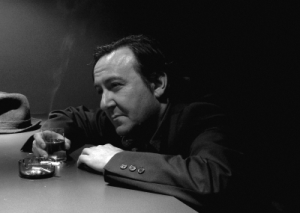 What? You mean singing a pop song isn’t a major revolutionary act?

Try telling that to the all-mouth-and-trousers bunch of so called rebels that are rock stars.

Famous ‘working class hero’- okay middle-class art student turned multi-millionaire – John Lennon really proved his worth as a rebel when it came to the Vietnam War. What did his missus do to stop all that death and destruction? That’s right, they went to bed had a kip! Well, that’ll sort that out, then!

Lennon was clearly bogus of course. This was man with a white Rolls Royce who sang about having no possessions. A wife beater who wanted us to ‘give peace a chance’. Instant Karma, indeed!

END_OF_DOCUMENT_TOKEN_TO_BE_REPLACED

My heart was going mental as Monica turned the key in the lock and pushed the door open. The only light in the hallway was a dim yellow glow coming from a room to the left. I knew that room – the bedroom – right down to the last detail. I’d lost count of the number of times I’d been in this flat. These days, Monica was the only prostitute I would ever fuck. There was a time when I’d screw any of them. I realised how easy it was, and I just went for it. It didn’t matter what they looked like as long as they opened their legs. Nowadays, though, things were different. I’d known Monica for a while now. She was good at what she did and she wasn’t bad looking, so I didn’t mess with the others anymore.

END_OF_DOCUMENT_TOKEN_TO_BE_REPLACED

We ran bloody, battered and defeated. It’s amazing how fast you can run with a hoard of screaming Millwall fans hot on your heels, even with several pints of lager inside you. I dashed down an alley and chanced a look over my shoulder. I seemed to have lost the lads but at least there was no sign of the Millwall firm. I leaned against a wall and panting slowly regained my breath. It had been a reasonable day. We had won at the football which was always a bonus. The planned meet with the Millwall crew did not go so well though. Frankly, we had gotten a pasting and ended up legging it. To be fair to us it was their manor and they had much greater numbers. I looked around in the fading light, it was not so much an alley as a very narrow street. I wandered slowly down it, limping slightly. Some bastard with hobnail boots had kicked me repeatedly. It’s a risk you took being in City’s firm. I spied a little pub at the end of the street. Well, I had missed my fucking train so I might as well have a beer and find a hotel.The pub was a scruffy looking building, but then it would be down a seedy little street in the shite part of town wouldn’t it? I pushed open the scratched, beaten door and wandered inside. The place was a typical back street pub. The tables were wonky, many with a beer mat END_OF_DOCUMENT_TOKEN_TO_BE_REPLACED

Savage Detours: The Life and Work of Ann Savage, 2009, a biography and filmography by Kent Adamson and Lisa Morton, McFarland, with a Foreword by Guy Maddin

The most fun role for actors is always the bad or twisted character, the weirder the better. Often villains in film are END_OF_DOCUMENT_TOKEN_TO_BE_REPLACED

When Jack Laretto made two million on the sales of his novel ‘No Mercy’, he took his wife Viola to the Caribbean, fulfilling a lifetime dream.

They spent two weeks in the sun, made love every night by moonlight and he returned ready for the sequel. He was going to write the next great Southern novel. He considered the path that had led him to overnight fame.

His first breakthrough came with the ‘Mustard Man’, a gruesome if realistic account of a split personality serial killer. That was how the reviewers interpreted the story. Jack’s readers felt it was an account of two characters, seeing the Mustard Man as a separate entity to Norm.

END_OF_DOCUMENT_TOKEN_TO_BE_REPLACED

People been going off edge of these cliffs sixty years, and probably sixty years afore that. Forever, probably. When the wind’s up, and it’s howling, these cliffs ain’t a place to be. There’s one, two a month, go over sometimes. They put a railing up couple years back. And a sign. But it don’t help none.

END_OF_DOCUMENT_TOKEN_TO_BE_REPLACED

There were two of them. She was washing the dishes when they came. She couldn’t see them. The strangers were two shadows with the sun behind their backs. One of them said, ‘Open up, ma’am. Police.’ She glanced at the clock and sighed. They were not her husband.

She left the security door locked. She said, ‘What can I do for you?’ ‘Do you mind if we come in? It’s about your husband. We need to speak to you about your husband.’ ‘It’s a scorcher out here,’ the other one said. He pushed his badge against the metal mesh of the door. With his other hand he wiped his forehead. ‘We won’t be long.’

END_OF_DOCUMENT_TOKEN_TO_BE_REPLACED

Once upon a time, there was a young lady named Emily. After a long day in the house, Emily decided to take her Schwinn for a spin, a long spin.

Emily lived in her house like most people live in their skin. Today, Emily’s house wouldn’t hold her for very long. END_OF_DOCUMENT_TOKEN_TO_BE_REPLACED