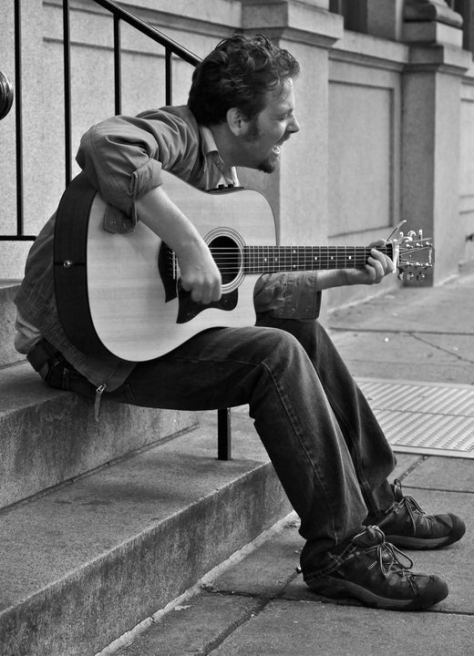 Goodloe Byron could be considered an idiosyncratic fellow: of the three books he has published, REVISIONS OF, THE ABSTRACT, and THE WRAITH, not a one is available in stores, but out on the streets. That’s not said in some cliché, END_OF_DOCUMENT_TOKEN_TO_BE_REPLACED

Hollow chest. Eyes of glass. His hands shook from the drink and his stomach churned a brew of acid and rye. The bar was a cacophony of attempted sex and with every sip the volume was turned down to a rolling hum. Two gladiators tried to maim and kill the other on most of the televisions lining the walls. The broadcasts on the others had been interrupted for updates on a bombing. No smoking allowed inside anymore. The itch of the craving moved behind his eyes. The tender stopped charging him hours ago. A body filled the empty space above the seat at his right, her form reflected in the mirror behind the bar and the bottles. Blonde hair with black roots and a toddler’s face. Inches of make up and a fake ID, her low top pouring out of her jacket and all but pressing against his arm. “Buy me a drink?” The impulse had been to ignore her until she lost interest. The shock of her words betrayed him. “What do you want?” Give her a drink and she’ll go away, he hoped. “A beer?” New to the game, she had to be. Stout would take her down. Go with the END_OF_DOCUMENT_TOKEN_TO_BE_REPLACED

And The Music Lives On by u.v.ray
It had been boiling that morning. And later on, when a summer thunderstorm shattered the tense atmosphere, the rain immediately evaporated upon contact with the still hot asphalt. No money left. No smokes. No drink. I was out of almost everything.But I did still have some luck left. END_OF_DOCUMENT_TOKEN_TO_BE_REPLACED